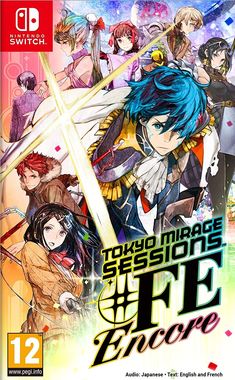 The game that brought together the worlds of Fire Emblem and ATLUS is coming to Nintendo Switch. Tokyo Mirage Sessions FE Encore is the Nintendo Switch version of the acclaimed RPG that originally launched on Wii U. This new version of the game contains a new song that wasn’t in the original, new story elements and the ability to take it on the go!