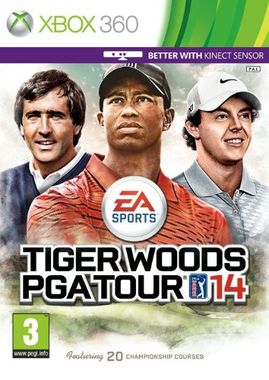 The world’s number one selling golf video game franchise will take you back in time and celebrate golf’s rich history by giving you the opportunity to play against iconic legends and relive all four golfs majors. Challenge some of the biggest names of golf, such as Arnold Palmer, Jack Nicklaus, Bobby Jones, Tiger Woods and others as you try to rewrite golf history on some of the world’s most prestigious championship courses. Eclipse their legacies and earn your seat at the table of legends! Tiger Woods PGA TOUR 14 features the most courses ever offered on disc – a total of 20 courses. Another new feature to the franchise is the introduction of the LPGA. Take a break from the grind of tournament golf and play night golf, a first for the franchise, and watch your drives streak through the dark skies with an illuminated ball. Tiger Woods PGA TOUR 14 has something for everyone.