The Testament of Sherlock Holmes 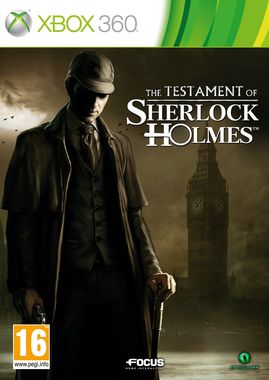 Sherlock Holmes causes a stir! For over ten years, millions of players have donned the hat and magnifying glass of the world's greatest detectives, in a dozen games for PC and handheld systems. This year, Sherlock Holmes makes a triumphant return.

1898, London. All the evidence of police investigation points at Sherlock Holmes as the main suspect in a case involving theft, fraud and double-crossings. Unable to prove his own innocence, Holmes is rapidly losing London's trust as doubt spreads through the city like wildfire. Even Doctor Watson's faith in his friend begins to waver, as the famous detective flees Scotland Yard and raises further suspicion; prowling around at night, destruction of evidence... would Holmes go so far as to commit murder?

A mainstay genre of console games, The New Adventures of Sherlock Holmes was specially built to display complex scenes and high-resolution textures. The game features lush, captivating environments and truly raises the bar for adventure games.

The complex and decidedly-mature storyline surrounds a particularly tricky investigation, in which each and every puzzle will challenge both insight and wits! As Sherlock Holmes, you will use the detective's full repertoire: handle and inspect clues, reenact crimes and use the game's new deduction system to draw your own conclusions. Choose your questioning approach to catch characters off-guard and gather valuable information. Players are facing an open investigation, and must decide which leads to follow and which to ignore.

You are Sherlock Holmes, and this is your investigation. Live a thrilling adventure and foil an incredible conspiracy!