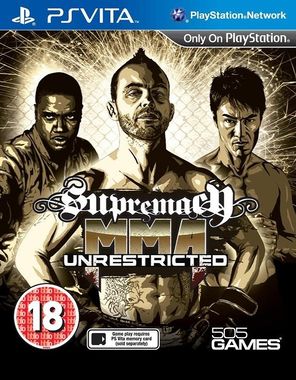 Supremacy MMA brings the brutality of unsanctioned, amateur and unlicensed MMA fighting to your PlayStation Vita, favouring fast-and-furious gameplay and underground aesthetics over official branding and television-style presentation. The game aims to raise the bar in the MMA space by bringing an unprecedented level of fast, fluid combat, intuitive controls and true-to-the-sport brutality. It follows the rise of fighters and their individual stories as they fight their way to Supremacy.

Supremacy MMA for PlayStation Vita will come packing exclusive content including new fighters, venues and features found only on the PlayStation Vita, delivering all the brutality and fast arcade action of the most controversial MMA game in history on the hottest handheld of this generation.