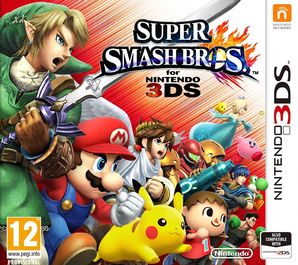 Super Smash Bros. for Nintendo 3DS is the first portable entry in the renowned series in which game worlds collide. Up to four players battle each other locally or online using some of Nintendo's most well-known and iconic characters across beautifully designed stages inspired by classic portable Nintendo games. It's a genuine, massive Super Smash Bros. experience that's available to play on the go, anytime, anywhere.