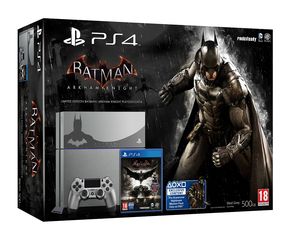 In the Scarecrow Nightmare, you will be able to play three extra missions. As a solar eclipse plunges Gotham into darkness, you'll need all the Batmobile's arsenal to face off against a monstrous 100-foot Scarecrow and his army. 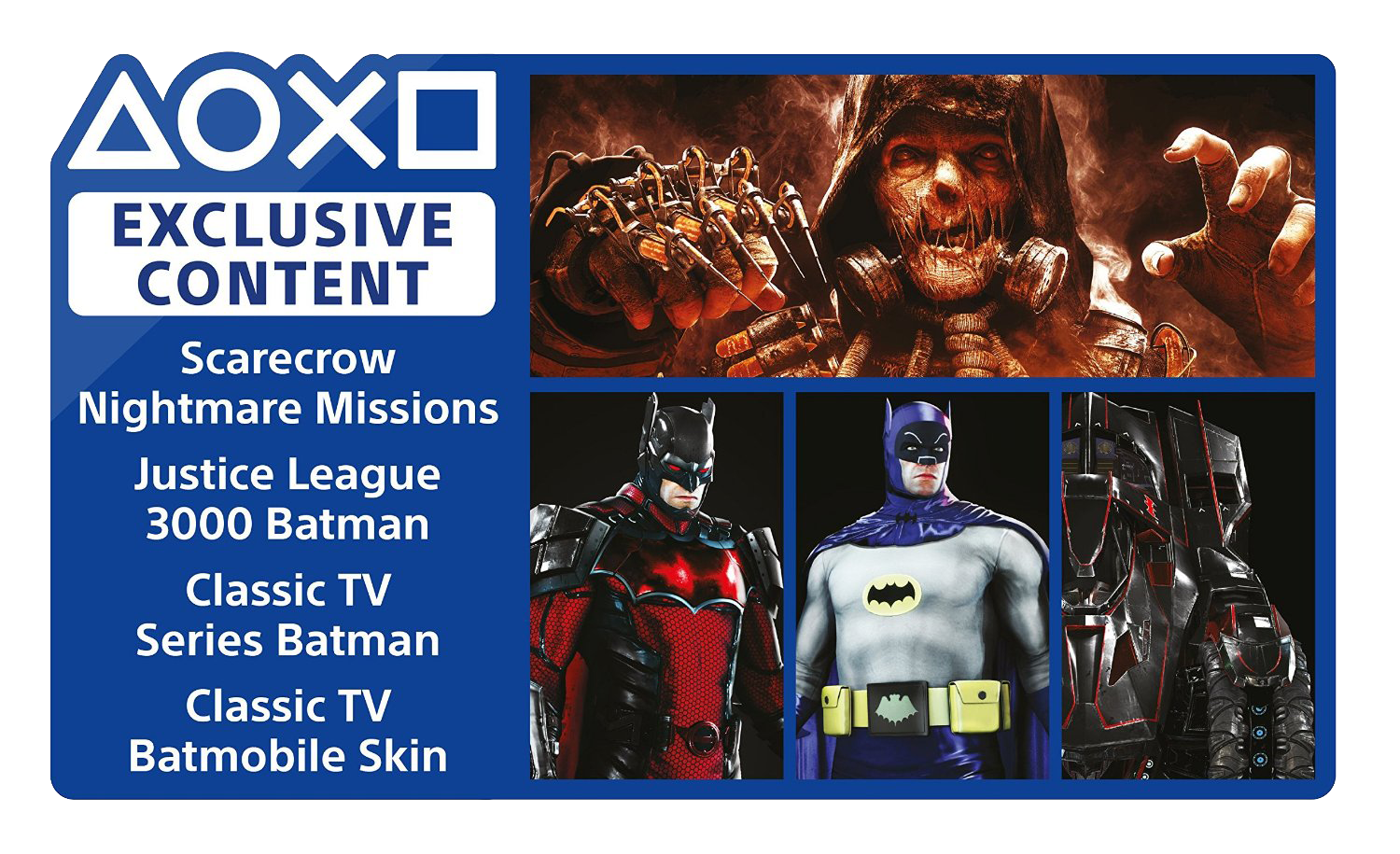 The PS4--ten times more powerful than the PS3--is the world’s most powerful games console. Within its sleek and compact shell lies a 500GB hard drive, full HD (1080p) capability, superior speed and graphics, and an internal power supply to save you space. The PS4 also delivers amazing online experiences, and the best choice of blockbuster and indie games in the market. With 5-star reviews across the board, from the likes of Stuff magazine, a People’s Choice Award from IGN readers, and T3’s Gadget of the Year Award, the PS4 truly is the best place to play.

The PlayStation Network (PSN) supports up to 2,000 online friends, up to eight users for cross-game party chat, and with Share Play you have the ability to virtually pass the controller from you to your friend over the internet, even if they do not own the game. The PlayStation Plus membership service gives you access to a diverse range of immersive online gaming experiences, an instant game collection, two games a month which you can download directly, and a range of exclusive discounts in the PlayStation Store. Remember to purchase PlayStation Plus in order to enjoy the world of multiplayer on PS4.

With Remote Play you can pick up on the PlayStation Vita (sold separately) where you left off on the PS4 to ensure you never stop playing. If you want to continue on another full screen, PlayStation TV (sold separately) allows you to stream your PS4 games to any TV in your home. If you aren’t at home, the PlayStation App allows you to connect and interact with your PS4 via your smartphone, as well as keep up to date with what your friends are playing on their console

The DualShock 4 is the next-gen controller that puts the power into your hands. Voted the best controller by IGN readers, the DualShock 4 has been designed with developers to ensure accuracy and precision across all games. The Share button allows you to capture and share your finest gaming moments with the world at the tap of a button, and with a sensitive six-axis sensor and a touchpad that gives you new ways to interact, it gives you complete control.

It’s not just all about next-gen gaming. With DVD and Blu-ray film support, as well as featuring the top digital apps such as Spotify, TV from Sky (Sky Go Extra), Amazon Instant Video, Netflix, WWE Network, BBC iPlayer, and YouTube, the PS4 is also the home for unmissable entertainment.