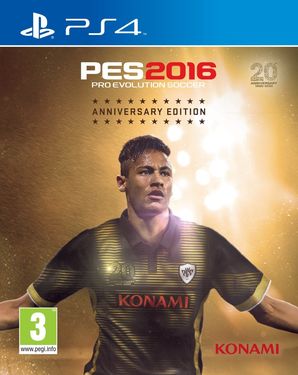 From its humble origins on PSOne, the PES series has leaped from format to format, adding ever more realism as it evolved. This heritage has been celebrated in PES 2016’s new tagline ‘Love The Past, Play The Future’, highlighting the series’ recent return to core PES values in last year’s PES 2015 and focusing on the many new gameplay and presentational elements that will further establish the series as the definitive football experience.

Quality Improvements demanded by you

myClub: Since the launch of the mode in PES 2015, myClub has been updated on a weekly basis, and now have been further improved based on user feedback for PES 2016. The enhancement will introduce player level systems, and players exclusive to the mode. Use GP acquired through matches or myClub coins to experience realistic club management combined with players to strive to be stronger in your squad. Choose the manager, consider coaches, and build the strategy based on what you aim with your team. Build Your Team, Create Your legacy!

Dynamic Wide Camera Angle: The new angle gives you a larger field of view, allowing you to better plan and adjust your players to compete in aerial battles, or see the intelligent runs being made thanks to Intelligent Player AI. Depending on where the ball is on the pitch, the camera will tilt and zoom in/out to make sure the user has the best view possible during the match.