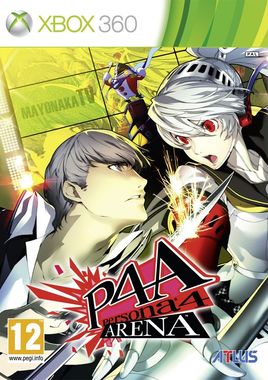 Persona 4: Arena seamlessly integrates the elaborate characters and worlds of a JRPG with the exciting head to head combat of a fighting game. Set two months after Persona 4 - Persona Arena is a direct sequel and an adventure in its own right.

Following Teddie's sudden disappearance in Inaba, his friends find what appears to be Teddie in a pirate outfit announcing a fighting tournament called the "P-1 Grand Prix" to see who is the "Ultimate Persona User". Bewildered by this turn of events, they band together once again and enter the tournament to find out what has happened to their friend, but end up being pitted in battle against each other.

Each character has their own unique story and path to unravel the mystery - told through all new anime sequences and scenarios written by the Persona Team.