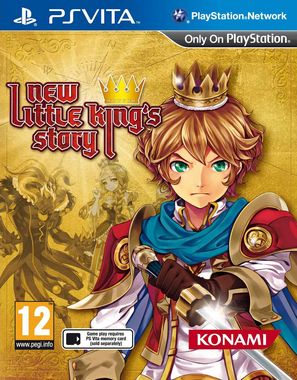 New Little King's Story showcases the game's beautifully-realised game world, as the player assumes the role of 14-year-old King Corobo tasked with reclaiming his kingdom from an invader known only as 'The Nightmare'. The evil presence is running havoc and the populace lives in fear as it preys on them. Thus, as young King Corobo, the user must unite their subjects in order to fight back and reclaim the kingdom.

New Little King's Story takes the form of an action roleplaying title, with the player recruiting the isolated pockets of subjects into a unified army. New Little King's Story includes intuitve controls, through which players can move freely around the scrolling kingdom in the search of recruits and for items that will aid his quest.

The touch-screen of the PlayStation Vita handheld entertainment system allows the player to control and arrange recruits and send them into battle or to search areas with simple finger movements, with groups of subjects easily marshalled and moved.