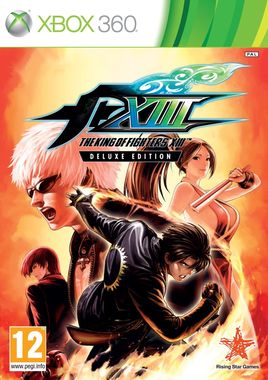 Bringing together warriors from SNK fighting games like Fatal Fury and Art of Fighting, as well as heroes from other classic games like Psycho Soldier and Ikari Warriors, and adding an exciting story, The King of Fighters series is a dream festival of 2D fighting, and has become a household name in the genre, with many games released in the arcades, on the Neo-Geo and on home consoles.

In a genre dominated by 1 on 1 battles, this series introduced an all-new 3 on 3 fighting style, pitting teams of 3 players against each other, thus popularising the concept of Team Battles. This series started in 1994 with The King of Fighters '94 and would eventually see the exciting Orochi Saga in KOF '95-'97, the NESTS Saga in KOF '99-2001 and the Ash Saga from KOR 2003 onward, introducing such iconic characters as Kyo Kusanagi and Iori Yagami, which have earned a large fan following the world over.

The King Of Fighters 13 features fighters from the entire history of the series and concludes the Ash Saga storyline.