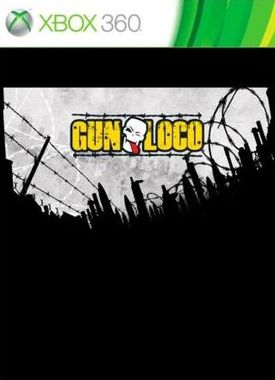 Gun Loco is set on a remote prison planet at the farthest reaches of the solar system, where a collection of the system's craziest criminals are incarcerated in a prison with no walls and forgotten by society. In this long abandoned world, the only rule is anarchy as each faction fights in a bloodthirsty race for survival, power and ultimately escape. Through varied climate zones and numerous stylised maps, players must fight through the ruins of the world's previous civilisations, taking on each region's inmates in a frantic and frenetic struggle to survive.

Featuring unique third-person, sprint-action shooter gameplay, players of Gun Loco can assume the roles of a variety of unique and memorable characters in a game that redefines the run-and-gun shooter. While pursuing and being pursued by their opponents, players must make use of the sprint-action play by running, jumping, ducking and vaulting, using the environments to their advantage. With a powerful arsenal of weapons at their disposal, each character comes complete with their own unique kill move, coupled with a mocking take-down taunt to ridicule their victims. The frenzied and furious comic style comes into its own with full 12-player online multiplayer matches across the planet, with a range of game modes and multiplayer arenas.

Gun Loco's characters feature a unique visual style with each created from original design concepts by the hands of respected designer toy maker Kenny Wong. Founder of kennyswork, co-founder of Hong Kong-based Brothersfree and co-creator of the cult Brothersworker series of collectible action figures, Kenny's incredible design style and unique charac­te­risa­tion are a perfect fit for the bizarre world of Gun Loco. Painstakingly crafted by hand, each comic caricature has been designed from scratch as a real, posable action figure in the Brothersworker vein before being digitally scanned into the game. Gun Loco brings these memorable misfits and surreal sociopaths to life through animation, audio and unforgettable action gameplay.