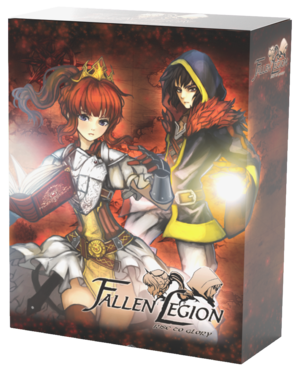 Fallen Legion: Rise to Glory - Chronicles the story of Legatus Laendur and Princess Cecille. What side will you choose to decide the fate of Fenumia? 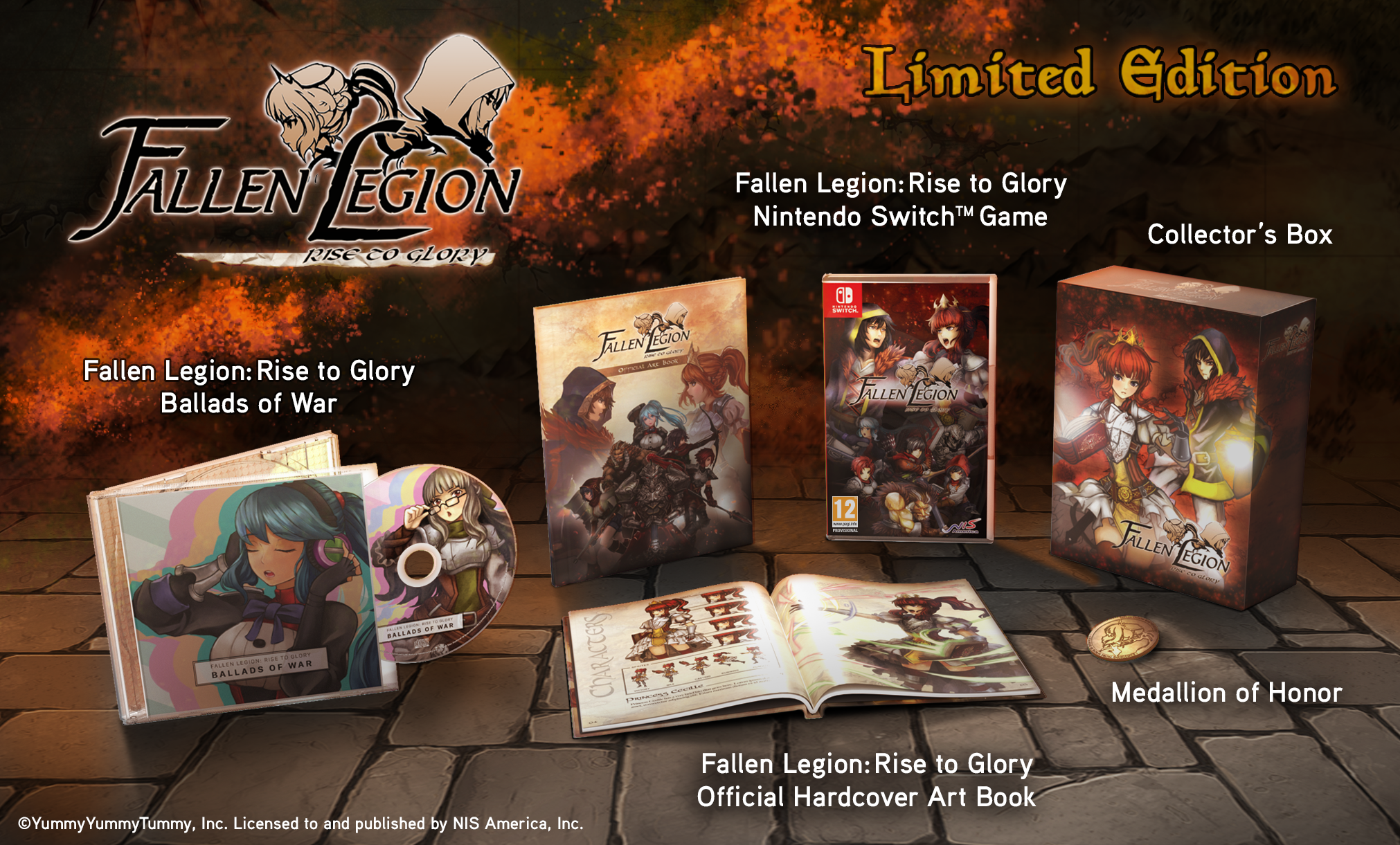 Fallen Legion: Sins of an Empire - Join Princess Cecille (and a saucy, talking grimoire) on her journey home as she fights hordes of monsters and a coup led by Legatus Laendur. A crumbling empire is in your hands. Will you restore glory to Fenumia?

Fallen Legion: Flames of Rebellion - Legatus Laendur, a brilliant tactician beloved by the people, fought on the frontlines the Fenumian Empire, but when he discovers why it is rotting from within, he vows to overthrow the royal family. Fenumia devoured his homeland - will you fight to reclaim it?