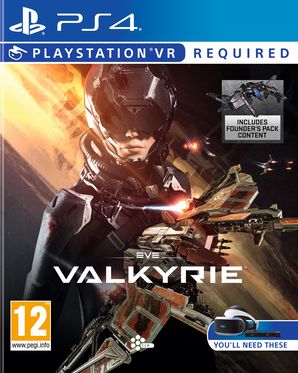 Become an elite fighter pilot and immerse yourself in virtual reality space combat.

Explore the intricate sci-fi universe of EVE Online like never before as you engage in deep-space aerial dogfights and nerve-shredding tactical incursions on PlayStation™VR.

Chase wealth and notoriety on the edge of space. Become a hired mercenary and trade cannon fire for cash or join a band of galactic pirates on the hunt for riches. You can even form your own squadron of outlaw pilots and lead the charge yourself. 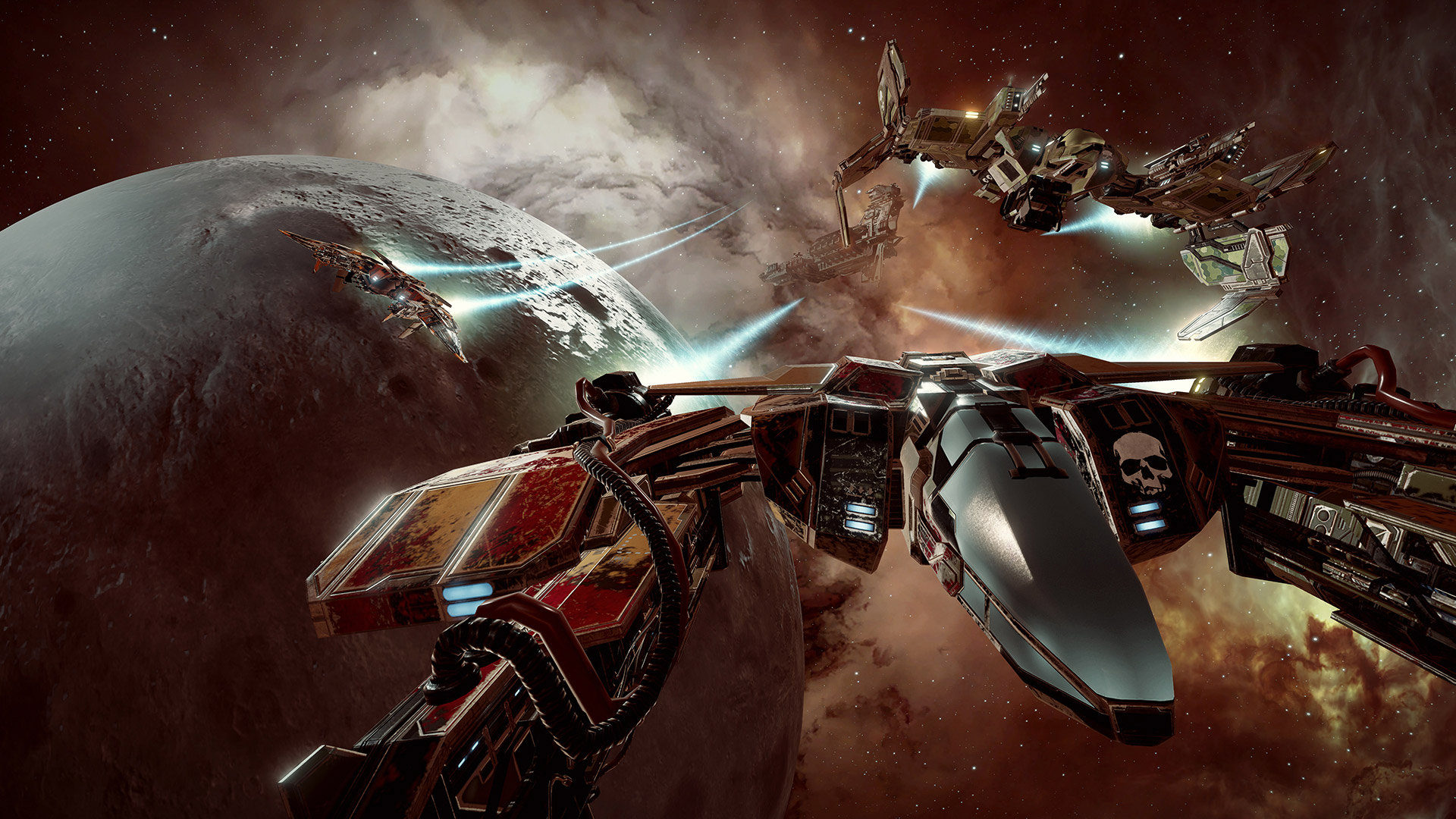 Experience the intensity of 360-degree combat across distant star systems, taking command of heavily-armed fighter ships as you wade into massive team-based battles. Unlock upgrades as your pilot progresses: upgrade and customize your ships by purchasing powerful new weapons and equipment to take on increasingly challenging battles.

Cold. Disorientated. You awake in a clone tank.

As you look around you see the frosted silhouettes of other pilots jolting to life. A memory repeats over and over in your mind. The memory of your death. Unknowingly, and against your will, you've been recruited - stolen from your previous life and re-purposed at the hands of a man known only as Fatal.

Using illegal tech, he is stealing the consciousnesses of dying fighter pilots and inserting them into specially designed clones at the point of death.

Rán Kavik was one of the first to undergo this process but broke away when she discovered the truth behind her death. She was not saved by the notorious Guristas, but had in fact been targeted and killed by them. As had all the Valkyrie.Tough, independent and driven, she is now waging a private war against her former clan as well as the corporation that she blames for the downfall of her family.

Today, Rán leads the Valkyrie. They roam the heavens in the dark, lawless regions of New Eden. Their survival is not certain, their enemies are many. But they are faster, deadlier and more unrelenting than anything out there. The Valkyrie have scores to settle and are dying for a fight. Join them in the next life.