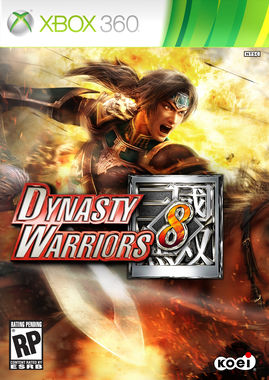 The main mode in this latest instalment in the Dynasty Warriors series is Story Mode, which follows the stories of the kingdoms of Wei, Wu, Shu, and Jin.
This completely new story includes new episodes with all-new characters and takes an ever deeper look at the drama that unfolds in the Romance of the Three Kingdoms compared to previous titles in the series.
There are also new "What If?" scenarios that take a look at what could have happened if famous characters of the time period had lived on to fight another day.

Making their first appearance in the Dynasty Warriors series are highly anticipated officers from the Wei Kingdom, Yue Jin and Li Dian. More new characters and old favorites such as Zhao Yun and Xiahou Dun are back for more for a total of 70+ playable characters -- more than ever before!

New "Rage" mode, which temporarily boosts an officer's abilities to incredible levels, new action gameplay, and of course more ways to mow down huge groups of foes like never before!
Brand new action system to increase the tactical depth in battles with enemy warlords with Storm Rush and Variable Counter techniques for an even deeper battle system than ever before.