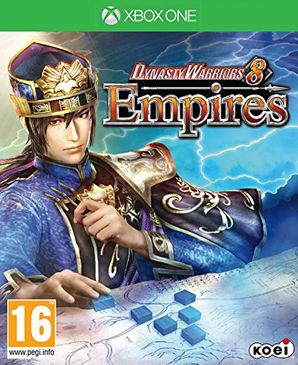 New, favoured weapons for 9 different characters in DYNASTY WARRIORS 8 Empires include: Deng Ai's "Revolving Crossbow" which can be used for long and short-range attacks and is capable of rapidly firing multiple arrows, Guan Suo's " Sabatons" which are equipped on the feet, focused solely on kicks and able to launch combo attacks in the air, Lianshi's "Mandarin Duck Hooks" which makes up for its short reach with sheer speed that she wields in both hands, Liu Shan's agile "Dragon Column" known for its variety of special counterattacks, Meng Huo's hefty "Stele" that transform into a palm tree or other items during Strong Attacks, Sun Quan's "Flame Blade", a well-rounded powerful sword, enveloped in flames with fast attack speed at distances both near and far, Wang Yi's "Emei Piercers" used primarily by assassins has a short reach, but is capable of multiple rapid attacks, Xiaoqiao's "Paired Fans" which can create a flurry of small tornadoes that fly freely in the air, and last but not least, Yueying's "Bladebow", which combines a crossbow with a short-range sword that fires a homing arrow after multiple shots are executed. DYNASTY WARRIORS 8 Empires focuses deeply on the chaotic lives of the warriors as their fateful decisions affect the rise and fall of the nations they bravely fight for. Players can select from 83 unique characters, or create their own original character with a multitude of options through the edit function. The visual customization goes further with the newly implemented ability to customize their horses, banners and "normal" officers. Courageous warriors trudge through Ancient China with its vast plains, bleak wastelands, narrow ravines and immense castles as they slash through enemy lines. In DYNASTY WARRIORS 8 Empires, warriors must fight against not only enemies but also the forces of nature as the changing seasons bring new elements to the more than 35 battlefields affected by seasons and the passing of time.