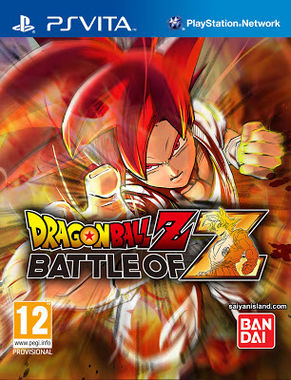 Battle of Z is a team fighting action title that lets up to eight players battle it out against one another in a gameplay and graphical style similar to those of Dragon Ball: Zenkai Battle Royale. The game can have up to four players in cooperative play, and lets players perform attacks together and heal one another. It also supports online multiplayer battles, and PS Vita ad-hoc connection. A multiplayer restriction in this game is that two players can not play on the same console; the developers say this is due to wanting a player having the best possible graphics in full screen. Battle of Z also includes team battles against giant characters, such as Great Ape Vegeta and Great Ape Gohan.

The playable characters can be victorious at high-speed battles on the ground and in the air. Game modes include Single Mission, Multi Mission, and Team Battle. The game's key feature is team battle action of four versus four. Teammates share a special energy meter called GENKI Gauge: this meter increases when attacking opponents and, when filled, an ultimate attack can be perfomed. Any of the allies can decide to give or use energy from the gauge in order to perform an attack. Playable characters can team up to perform techniques such as Synchro Rush, Meteor Chain, and Revive Soul. Meteor Chain are partners teaming up to launch attack after attack, following up each other's attacks and timing it so the opponent has no time to counter; using Meteor Chains is an effective way to get the GENKI Gauge to fill up quickly. Synchro Rush is rushing the opponent at the same time, resulting in simultaneous hits. Revive Soul is reviving a fallen partner, giving them energy to get back in the battle. Also, thanks to Energy Share, teammates can share ki with each others. Villians can team up with Heroes in the game, but they do not show appreciation when given ki or extra energy to heal.

There are four different battle types for playable characters:

There is a system that allows players to modify characters using ability cards. By collecting and equipping cards, characters that might not be suited to battle can be boosted to make them more capable, alternatively they can be given abilities that make their natural strengths more pronounced.