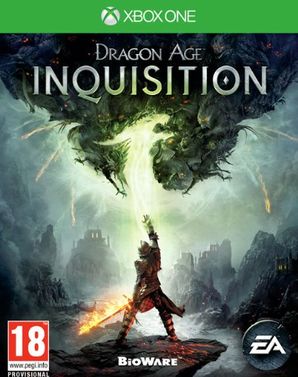 Setting
Dragon Age III will be set in Thedas, the fantasy world in which the two previous games are set. The game will cover more geographic territory than its predecessors, with one map being described as four to five times the size of Ferelden, the setting of the first game in the series. The developers said that the next game would likely be somewhere more "French", which fans recognize as the land of Orlais. Following the events described in the supplementary novel Dragon Age: Asunder, a civil war between the loyalists of the ruling Empress and a powerful noble faction broke out in Orlais. Simultaneously, the Circle of Magi has gone rogue, in part due to the events of Dragon Age II, and the Templar Order seceded from the Chantry to wage their own civil war on the mages.

According to Dragon Age writer David Gaider, the story of the first game's Warden "is over" and the story of Hawke, the second game's protagonist, would be finished through future Dragon Age II downloadable content, though BioWare has since announced an end to future Dragon Age II content. Therefore, like the previous games, Dragon Age III will showcase a new protagonist. It has been confirmed that the character will be fully voiced and that the dialogue wheel from Dragon Age II will return. However, in a Twitter post, BioWare employee Mike Laidlaw mentioned that playing as a different character "does not mean your old character may never appear in future games", which could indicate that the player may be able to meet their original protagonists.