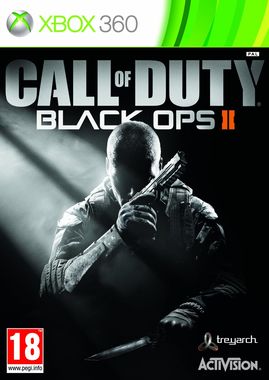 It's time to go behind enemy lines with Call of Duty: Black Ops 2 as a solider from an elite fighting force in a world of covert operations, deniable missions and secret warfare.

In this sequel to one of the best selling and most critically acclaimed games of all time, Alex Mason is back and the stakes have never been higher. International figure Raul Menendez claims to be a messiah for the 99% but underneath the surface there's Cordis Die and a villain plotting to bring the world's superpowers to war.

The Call of Duty franchise (known simply as COD to fans) has revolutionised video games and the first-person shooter with its thrilling gameplay, authentic weapons and an ultra-realistic portrayal of combat with Modern warfare 2 and 3 among the genre-defining instalments.

The online multiplayer feature of Call of Duty: Black Ops 2 will enthral fans as they battle through maps with friends and foes. Players will decide how the game progresses along branching story lines through the decisions that they make. Call of Duty: Black Ops 2 will feature a zombie mode and with pre-orders there is a bonus Nuketown 2025 map available to download.

David S. Goyer (Co-writer, The Dark Knight Rises) and Trent Reznor (Composer, the Social Network) are part of a team that have created a compelling and gripping storyline that spans decades. Call of Duty: Black Ops 2 takes place from the 1970s and for the first time, Call of Duty is set in the future, in a 21st century cold war between the United States and China. In 2025 the protagonist is David Mason, Alex's son and will feature future technology and weaponry.

Developed by Treyarch, published by Activison and available on Xbox 360, PS3 and PC, Call of Duty: Black Ops 2 is the game of 2012.