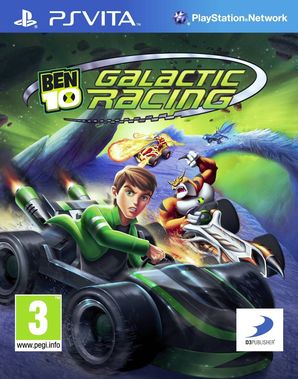 In Ben 10: Galactic Racing, the first and only racing game based on the popular Ben 10 television series on Cartoon Network, fans will enjoy a Ben 10 multiplayer experience like never before in a galactic grand prix filled with surprises at every turn.

Ben 10: Galactic Racing features over 25 exhilarating and challenging tracks that change route mid-race and is spread across five massive planets from the Ben 10 universe. Play as either Ben, Kevin or choose from 13 fan-favourite aliens and equip them in more than 30 unique karts.

Ben 10: Galactic Racing presents the ultimate racing experience this fall, where every character has a special ability to utilize on the race track and even Ben can transform into different aliens mid-race!