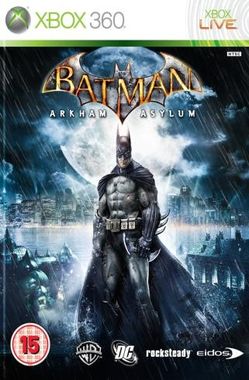 Batman fans around the world will be excited to learn that Mark Hamill of Star Wars fame and leading television and stage actor Kevin Conroy will lend their voices to the Batman: Arkham Asylum videogame, co-published by Eidos, Inc. and Warner Bros. Interactive Entertainment. Known as the voice of BATMAN and BRUCE WAYNE for over fifteen years in various animated films and television series, Kevin Conroy will repeat his role as the CAPED CRUSADER, while Mark Hamill, who is also a veteran of many animated Batman properties, will again star as The Joker in the upcoming action-adventure title.
Featuring an original story penned exclusively for the game by famous Batman author, Batman: The Animated Series writer and five-time Emmy award winner, Paul Dini, Batman: Arkham Asylum, developed by Rocksteady Studios, will launch worldwide on Xbox 360, PLAYSTATION®3 and Windows PC in the Summer of 2009. With intensely realistic graphics and a gothic, moody and extraordinarily detailed setting, Batman: Arkham Asylum offers diverse gameplay options to push the envelope for all action, adventure and superhero games in the future. Batman: Arkham Asylum exposes players to a unique, dark and atmospheric adventure taking them to the depths of the ARKHAM ASYLUM.