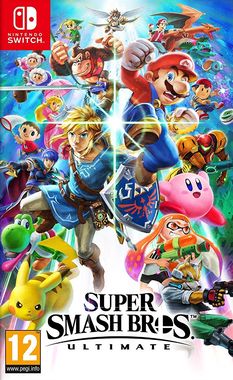 Ultimate lets up to eight players square off in action-packed battles that are all about smashing beloved video game characters off the screen.